Our belief system, Respect psychedelics and respect the integration, Music is a powerful programming tool, Telepathy and energy fields, and more.

Aaron Alexander CR, LMT, CPT is an accomplished manual therapist and movement coach with over 13 years of professional experience. He is the founder of the Align Movement™, an integrated approach to functional movement and self-care that has helped thousands of people out of pain and into health. He also hosts the top-rated Align Podcast featuring the biggest names in movement and wellness. Aaron’s clients include Hollywood celebrities, Olympic/professional athletes and everyone in between. He teaches workshops and speaks at events all over the world.

This is Alexander’s second time on the show. Check out the first time his was on the show — Aaron Alexander on Language & Movement, Trauma Effects Posture #16.

Recently Aaron Alexander went to a retreat called RUNGA in the Panamanian jungles, together with Ben Greenfield and Joe DeStefano. Alexander truly appreciated the “digital detox” he went through and had a great experience away from technology.

“RUNGA is a once a year retreat, currently hosted in December. RUNGA is designed to facilitate a dramatic shift in attendee’s current outlook, lifestyle choices, self-efficacy, motivation, love, even spirituality. The retreat spans 8-days and centers around fostering heightened awareness, presence, and connection with others through a mandatory “Digital Detox” — or no cell phones, computers, and other technology.”

Books that will give you an alternative view of history

Sapiens: A Brief History of Humankind

Fingerprints of the Gods

Food of the Gods

Parapsychology includes everything outside the standard norms of psychology, such as dreams, psychedelics, telepathy, etc. Recently Alexander had Dr. Stanley Krippner, a world renown parapsychologist, on his podcast show — Align episode 121.

Abstaining from shitty foods, but sugar specifically, helped both Bledsoe’s increase their overall energy, achieve more leveled energy, and get into more flow.

“You are always cultivating your microbiome. Depending on the food that you are eating, you are actually bringing new bacteria into your system that then it craves that same food. So if you are putting a lot of sugar and bullshit in your body, McDonald’s… It turns into a microbiome slum.” — Aaron Alexander

For most of us, it’s harder to find stillness than go hard in the pain cave. But as a society, we look up to athletes that lift heavy or finish WODs fastest. No one is showing appreciation for those who can accomplish 30-40 minutes of not moving a damn thing.

After years of practicing meditation, trying not to move and let go of thoughts, Alexander experienced the true benefits of feeling completely present, which were very rewarding. He also discovered he enjoys hour long meditation sessions that make his feet fall asleep, which helped him achieve new (good) range of motion in his hips.

Mike likes to do 60 minute meditation sessions and recently had a transformative 90 min Qigong session. He felt like he was doing body work from inside out, building proprioception and coordination, and feeling more articulate in every joint and every muscle. Mike felt like he was witnessing the energy of the earth passing through his body, creating circuits, and he could see those circuits with his eyes closed.

One thing that helped Mike get a better feel for his body in recent years is THC. It allowed him to access deeper levels of feel and he even enjoys the benefits now without THC.

Our belief system inhibits us from doing things we are inherently capable of. When Alexander was on psychedelics he experienced unusual strength and flexibility, which he attributes to the effect of removing our belief system. Psychedelics increase neuroplasticity or synaptic potentiation, which allows your brain to have more space and operate more freely.

FRIEND OF THE SHOW

Respect psychedelics and respect the integration

We need to treat psychedelics with extreme respect. Psychedelics allow you to learn, unlearn, and transform, at an amazing speed, and even at low doses. But if you do it too frequently or do it without intention, it might be detrimental to you.

You also need to respect the integration, where most value from psychedelics is being earned. It’s similar to working out, where you make your gains during recovery. Psychedelics are not a one time fix and you are done, you need to figure out how to make sense and build on top what you have just learned. Making meaning of your trip is the most important part because it will shape your belief moving forward. If you wait too long to integrate, the changes will remain temporary and eventually slip away.

“People put too much emphasis on the psychedelics themselves, and not enough on the preparation and integration.” — Mike Bledsoe

Aaron’s integration practice, which is not intentional, is to get into flow by sweeping the floor, having awareness, burning sage, clearing the room, and making the room feel balanced.

Mike’s integration practice is to journal about the experiences and then go back to each piece and journal what he think each part meant. First, he just describes what he noticed and felt, without attempting to make meaning of it, and then he goes back and tried to figure out what he thinks it meant.

The show notes you are currently reading were written by a guy named Yoni Shechter. Yoni is an Israeli nickname, originated from Jonathan, a biblical name. It’s the equivalent of the American/English name, Johnny.

In Sanskrit, Yoni has a completely different meaning:

“ Yoni (Sanskrit: “womb”, “uterus”, “vagina”, “vulva”, “abode”, or “source”) A stylised representation of female genitalia representing the goddess Shakti in Hinduism. The yoni is considered to be an abstract representation of Shakti and Devi, the creative force that moves through the entire universe. In Hindu philosophy, according to tantra, yoni is the origin of life.” — Wikipedia

Do you have a friend or a family member that you can communicate with without talking? Or maybe you had one? We all have the ability to communicate without language, and some people can get on the same page just by being around one another.

Mike records all of his shows (including Barbell Shrugged show) in person, Skype is not an option. Being in the same room physically changes the entire experience and leads to better conversation from added value of physical/energetical human connection.

To learn more about your energy field: Check out the book The Body Electric: Electromagnetism And The Foundation Of Life, which tells the fascinating story of our bioelectric selves.

“The Body Electric tells the fascinating story of our bioelectric selves. Robert O. Becker, a pioneer in the field of regeneration and its relationship to electrical currents in living things, challenges the established mechanistic understanding of the body. He found clues to the healing process in the long-discarded theory that electricity is vital to life. But as exciting as Becker’s discoveries are, pointing to the day when human limbs, spinal cords, and organs may be regenerated after they have been damaged, equally fascinating is the story of Becker’s struggle to do such original work. The Body Electric explores new pathways in our understanding of evolution, acupuncture, psychic phenomena, and healing.” — The Body Electric

Music is a powerful programming tool

Immanuel Kant was a German philosopher who is a central figure in modern philosophy. Kant argued that the human mind creates the structure of human experience, that reason is the source of morality, that aesthetics arises from a faculty of disinterested judgment, that space and time are forms of human sensibility, and that the world as it is “in-itself” is independent of humanity’s concepts of it.

Music is a powerful programming tool, which Kant called the quickening or enlivening art. The sensation of being moved by music is an out of body experience that turns us into flow. Music, with or without language, directs our thoughts and impacts our consciousness, and takes us somewhere. We can also hone are experience and use music to direct ourselves into certain flows.

When musicians play music together, they look at each other to get a feel for one another and find a flow. They find better flow when they don’t look at the instruments, else play by feel, and find attunement through eye contact and energy connection.

Sex is just another form of flow

If you ask surfers to choose a perfect wave or perfect sex, they’ll usually choose a perfect wave. Surfing, playing music, dancing, and playing other sports are all a part of connecting with more humans and getting into flow. Sex is most sought after form of human play that gets us into flow, but we really have many more ways of achieving this state. 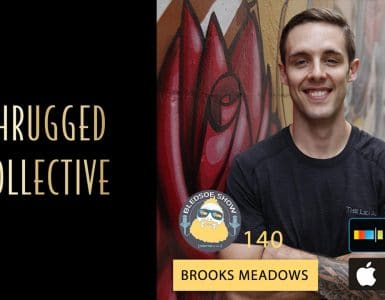 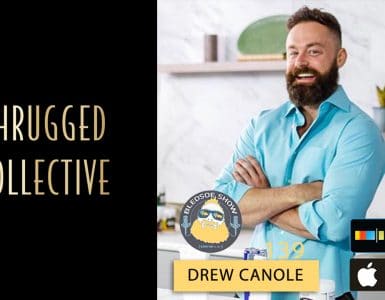 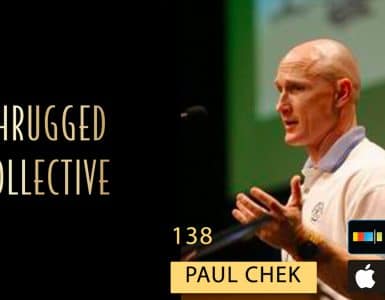