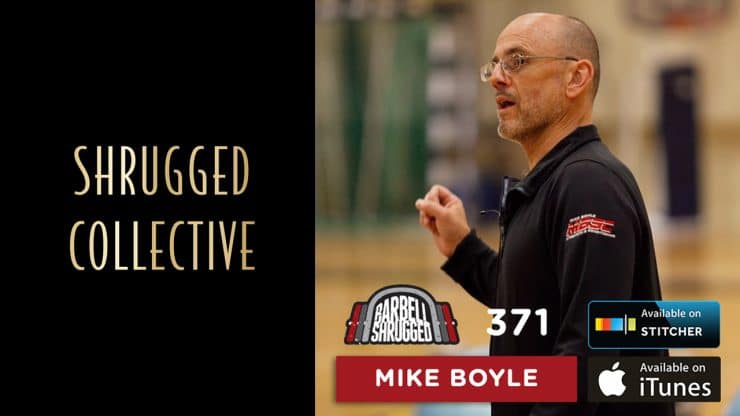 In this episode of Barbell Shrugged, Mike discusses starting the strength program at Boston University, being the first voice in strength and conditioning online, the process of continual growth 30 years later and creating an entire industry and reshaping the way our country views strength coaches.

⚡️0-10: Mike Boyle’s background and the importance of opportunity

⚡️11-20: How to be a good strength coach and why reading is important

⚡️31-40: The importance of perspective, developing good coaches, and finding the right people

⚡️51-60: The Crossfit conversation and how to prescribe exercise

⚡️61-68: The fundamentals of strength and conditioning and squatting