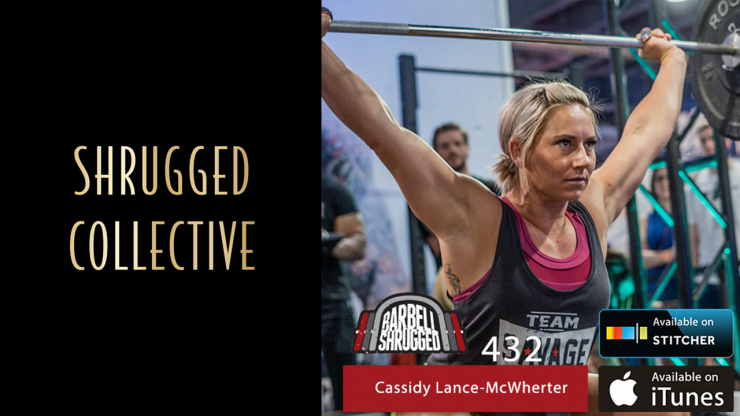 Cassidy Lance-McWherter  grew up in Salt Lake City, Utah, where she began her athletic career as a gymnast. Lance earned a Division 1 athletic scholarship to the University of Washington on the gymnastics team. After multiple knee surgeries, she transitioned from gymnastic athlete to coach. During this transition period Cassidy discovered her passion for CrossFit in Texas and decided to dedicate her life to the sport. Lance competed with the NorthWest CrossFit Team at the CrossFit Games in 2010. Lance continued her CrossFit career and competed as an individual at the South Central Regionals in 2011 and 2012. Cassidy Lance placed top 3 at Regionals and qualified to the CrossFit Games in 2013 and 2014. Cassidy now competes in the GRID League and plays for the DC Brawlers, and has recently relocated to Ocala, Florida. Lance has recently opened up her own CrossFit Gym in Orlando, Florida called Waterside CrossFit where she currently trains to qualify for the CrossFit Games.

In this episode of Barbell Shrugged, Anders Varner and Doug Larson discuss:

Retiring from the sport of CrossFit

The experience of having a miscarriage

The mental struggles of miscarriage

Where to go when it feels like there is no hope

The power of relationships

20 REP BACK SQUAT PROGRAM – Giant Legs and a Barrell Core

“Save $20 on High Quality Protein Powder at Momentous livemomentous.com/shrugged us code “SHRUGGED” at checkout.