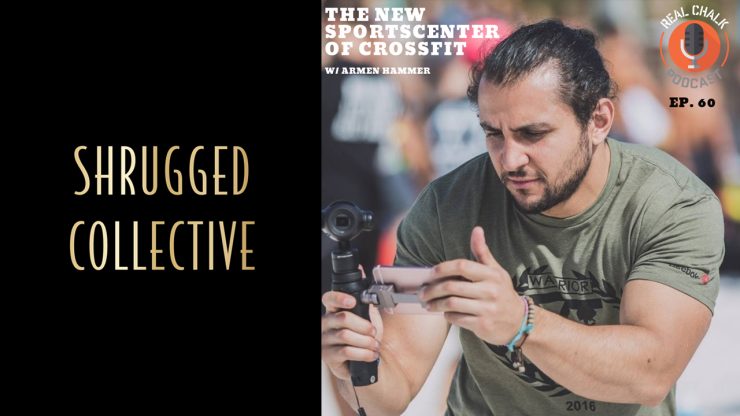 Armen Hammer and I go way back to the early days of throwing barbells around. We’ve both been through some major transitions and seen a ton of changes happen in the CrossFit space. It’s been a couple years, so we had a lot of catching up to do when we met up in Florida during Wodapalooza weekend.

After leaving the Wodcast Podcast, Armen worked for FloElite until they downsized. He saw an opportunity and set out to become the SportsCenter of CrossFit. You need the new format explained in layman’s terms? Armen’s your guy (there’s another Waterworld reference here, so it’s obviously important and if you haven’t watched it by now, stop what you’re doing and MAKE IT HAPPEN). And because he’s not affiliated with CrossFit, he can curate his content however he likes, with complete unfiltered creative freedom. There’s at least one perk of landing yourself on HQ’s bad side.

We talk about social media, what the different platforms are ideal for, how Twitter should just die already, and what my MySpace looked like back in the day. Armen gives an update on what his fellow former Wodcast hosts are up to these days, and we take a trip down memory lane to the good old days with Ronnie Teasdale (he’s selling sex cult memberships now). It gets a little weird from there, but what did you expect? This is a Real CHALK episode. 😜

0:00 🌴 Miami Beach is a real-life LMFAO music video, and the Ubers are garbage

8:00 🌴 FloElite went sour, and now he does his own thing: YouTube, podcasts

9:00 🌴 Let’s break it down: good content helps, but what drives traffic is tags (but you better already have an audience)

11:00 🌴 Armen is the middleman: he knows what’s up with CrossFit and how to explain it to the layperson

33:00 🌴 The ad-pocalypse: you can see exactly how much money videos make you, and the big names have production teams

49:30 🌴 Don’t call Fisch the CrossFit guy: how not to get pigeonholed

53:00 🌴 This is Armen’s thing: YouTube lets you get paid to do ANYTHING

1:01:30 🌴 What’s Armen doing at Wodapalooza anyway, and how do you figure out who’s up and coming these days?

1:06:30 🌴 What’s up with the Wodcast guys? Scott hosts the Sisu Way, and Eddie’s doing comedy and recording out of a bus

1:14:00 🌴 Let’s talk about the reformatting: what’s the “right” direction? Sports built from the ground up can’t be controlled by a single entity—one-facet coverage is propaganda

1:18:30 🌴 Armen got kicked out of the Games—why keep being in a space where people don’t like you?

1:21:00 🌴 It’s just @ArmenHammerTV everywhere, but not really Twitter even though Donald Trump revived it. And armenhammer.tv on the internets.