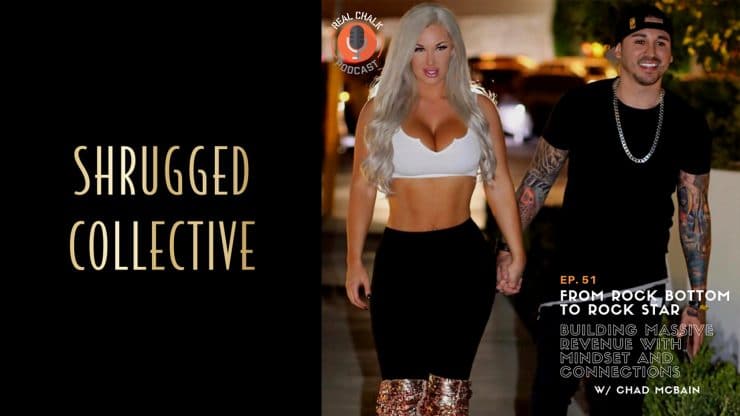 Social media is the future, and in order to dominate your field you must have a strong social media presence with unique influencers, organic content, and ingenious marketing. Which is why you are about to listen to my man Chad McBain.

Chad has helped build several 7 figure businesses by being the “man behind the scenes” and setting a ridiculous standard for what it means to be an expert in social media marketing. Are you having trouble in this area at all!? Then this is definitely the episode for you. Chad lays out some ground rules that make people successful or ultimately make people broke. Having been in his own whirlwind of ups and downs, like myself, he points out the most important factors that kept him motivated during every step of the way.

We also touch on several new business ventures that he is currently working on with his significant other (Laci Kay Somers… Who just happens to have 10M followers) including cryptocurrency, music, and exotic car businesses.

This episode literally has a little bit of EVERYTHING in it with a super casual feel. You’re going to learn a ton while also feeling like you’re sitting on the couch right next to us. Let’s bro out, get motivated, and learn some things. From rock bottom to rock star… Have great listen!