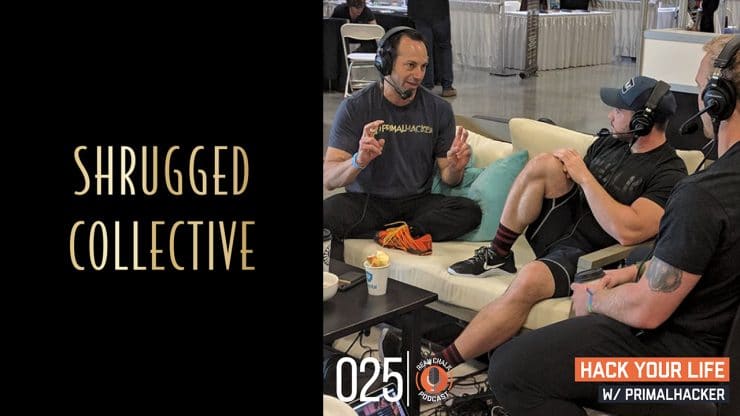 Primal Hacker is on a mission to give people control over their environment both internally and externally so they can take charge of their life and live longer, healthier lives.

In this episode, we sat down with PrimalHacker co-founder, Thaddeus Owen, a biohacker and writer, who “takes control of his own biology” by optimizing the world around us and inside of us to have better health, look better, and live longer.

Thaddeus shared with us how Primal Hacker came to be, after he left chemical engineering in pharmaceuticals, when he realized he was in disagreement on the potentially harmful compounds being used for products directed at children. Thaddeus also talks about his training background in martial arts, sharing common applications of powerlifting and kettlebells, why we should be training outdoors and barefoot, and much more.

Thaddeus explains the impact that various wavelengths of light have on our health and gives strategies on how to arm ourselves against harmful forms of light. In addition to light, he talks about the importance of avoiding non-native electromagnetic frequencies and potentially harmful waves emitted from cell phones.

Thaddeus also runs us through his process of optimizing sleep in his bedtime routine, which includes using his own homemade toothpaste. He explains that initially, there was a negative reaction to his introduction to biohacking because he got stressed by the volume of information. As he progressed, he noticed a massive reduction in anxiety and increased his sleep quality.

“If you are eating after dark, it is light eating when your cells are asleep and they are very poor at processing that nutrition.” — Thaddeus Owen

“Implement one strategy at a time that you will stick with and be successful.” — Thaddeus Owen

Connect with Primalhacker and Thaddeus Owen