You need to think about abs as more than just the six pack muscles over your stomach. Think of those as your “front abs”. Just because you think your front abs are cool (extra cool if you can see them!) doesn’t mean you need to neglect your “side abs”; they’re just as cool in my book and are definitely important if you think being strong is cool. Sure just said cool a lot….

There are better and worse way to “train your core”. When choosing between core strengthening movements the question is:

“How to I get as strong as possible with minimal stress to my spine?”

In many cases, and what was/is a really popular approach, choosing anti-movement stability movements like one arm farmers walks, planks, anti-rotation presses etc build stability and strength with very little stress to the (lumbar) spine. Some people switched over 100% to this approach and discarded all movements involving spinal movement like crunches, situps, hanging knee raises etc.

I think this is a good idea 80+% of the time for most people as it’s a very low risk, high reward strategy. However, I also think it’s important to be able to have a strong core in a wide variety of position and to be strong as you change position (often with spinal movement involved).

I do a lot of jiu jitsu (…is rad you should try it) and never know what kind of contorted position position I may be in where want to escape and I want core that is conditioned to be strong at every point in it’s range of motion.

Anyway, I began this talking about “side abs”, here’s 5 great movements similar to side-bends… but “cooler”. Do 3 sets of 10-15 reps of one of them at least once per week. 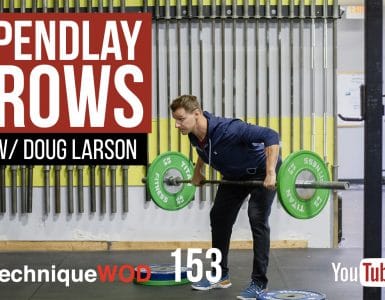 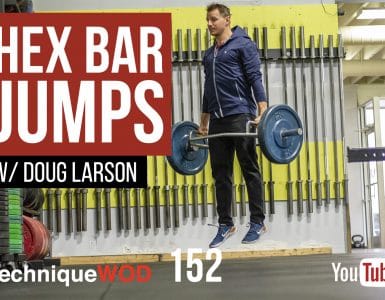 Hex Bar Jumps are an amazing exercise to build explosive power. They’re easier to learn than snatches and cleans and provide similar (tho not the same) benefits. If you’re technique isn’t very good on snatches and...

Medial elbow pain (pain on the side of your elbow) is common with athletes performing high volumes of muscle-ups, rope climbs etc. Just like last week with pressing movements, once the injury sets in and starts hurting...